On Saturday Mrs Mary Ann Oldfield, celebrated her ninetieth birthday amongst many of her family.

The large gathering was held at Hall Farm, Hay-a-Park, Knaresborough, the home of Mr F. R. Oldfield who is one of Mrs. Oldfield’s six surviving sons. From a family of nine boys, three have settled in Australia, and three, with their wives and families, were present on Saturday. Congratulations were received from all parts.

Mrs Oldfield was born in 1858, at Greenhow Hill, and lived there until her marriage in 1882. She can recall many interesting stories of the days when Greenhow was a prosperous mining village. Her father, Mr Robert Whitehead, who lived to be 89, farmed in Greenhow and Upper Nidderdale, and on his retirement, spent a lot of time in Knaresborough. From his family of six, Mrs Oldfield and a brother and sister still survive.

In her early married life, Mrs Oldfield lived in Cambridge, Worcester, Guernsey and Knaresborough, then in 1910 when her husband retired from his post as headmaster of Knaresborough Wesleyan School, due to ill health, Mr and Mrs Oldfield and their six sons emigrated to Koyuga, in Victoria, Australia, Her husband died there some 20 years ago, and she decided to leave her family in Australia, and to return to Yorkshire.

Leonard, her third son, died in 1905 while serving in the Navy, and her fifth son, Tom, was killed in action at Bullecourt in 1917. He was in the Australian Imperial Force. Dennis died in 1925 and is buried in Echuca, Victoria. Two of her sons were decorated during the 1914-18 war, and the youngest, William, received the D.S.M. in 1945 while serving with the Australian navy.

Apart from her hearing, Mrs Oldfield is in fairly good health. She can still join in the conversation, and thoroughly enjoys relating experiences from her travelled and eventful life. Her eyesight is good, and she reads and follows current events with keen interest.

Mrs Oldfield attributes her long life to moderation in all things, early bed and plenty of work. 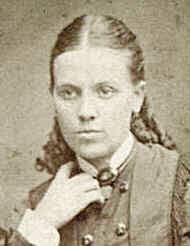 Thomas, born in Leeds in 1856, was the schoolmaster at Greenhow school in 1881