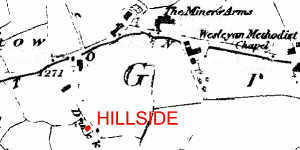 Above is the entry in the council’s book of listed properties. 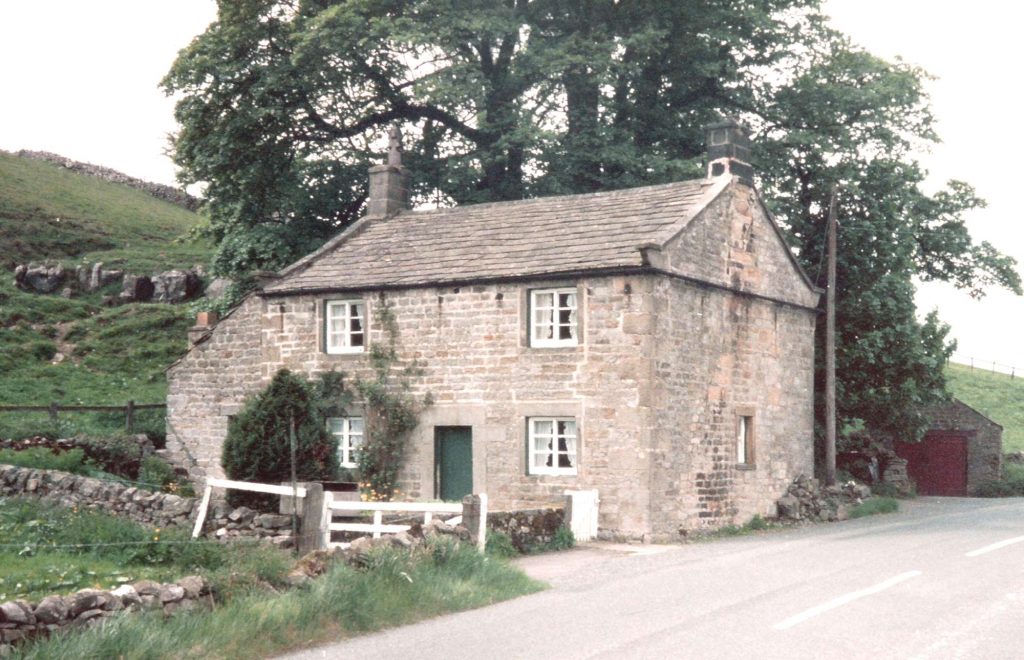 Basically the cottage, or Hillside Farm to give it it’s correct title, had 4 rooms on each floor, the front door opened into the room with the window on the right. This room had a cast iron range made by Todd’s of Summerbridge. It had an oven on the right, in which it was still possible to cook and a water boiler on the left which had nearly corroded away.

The grate was big enough to take nearly half a sack of coal at a time, so we stuck a big heavy steel plate in to make the space smaller. The location of the range can be seen where the wall is blackened on the house side. You could get the range stoked up on a winters evening, and over the next couple of hours move your armchair further and further away as the iron started to “glow”.

A “U” shaped staircase, between the two rear rooms led to the upper floor. The front windows were of the old “Yorkshire” sliding sash; similar to the normal sash windows except that these slid horizontally.

Luxury! This cottage had the advantage of an electricity supply! It might seem unbelieveable, but mains electricity, along with water, only arrived on Greenhow in the mid 1950’s! Compare this with telephones which were certainly here in 1916. The water supply was rainwater run-off, which was stored in a large outside tank at the back of the cottage, with a pipe leading inside to a tap. Prior to this the well in the field would have been used.