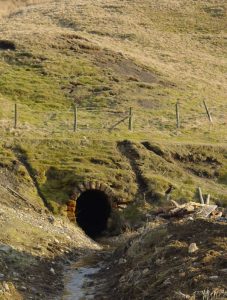 The driving of Coldstones Low or Gillfield, Level started in 1782 by P W Overend & Co., who, at a cost of over £3000, drove it to Quarry Shaft on Waterhole Vein by the late 1780’s. To the west the workings stopped in a gulf, about 200 feet east of Carrington Shaft. From the head of the crosscut, the level was driven east along Waterhole Vein to its junction with the Sun Vein.

The Waterhole Vein hades at between 10° and 20° to the north, at adit level, where it is split into two by a horse of rock, but this rapidly increases to 45° in the higher stopes because of the overlying shale cap. The vein is over 10 feet wide in places and has a marked tendency to swell and nip.

A dispute in 1789 gives some useful insights to the state of Coldstones Mine. Under the terms of his lease, Thornhill was given two years to dress all his wastes and get what ore he could from them. At various times after January 1st 1783, however, the waste dressers had destroyed water courses and dams, built their own and allowed water and sludge from them to run into several shafts, blocking Smithy End Shaft and causing part of Likely Shaft and all of Cowgrove Shaft to collapse. At Quarry Gin Shaft: 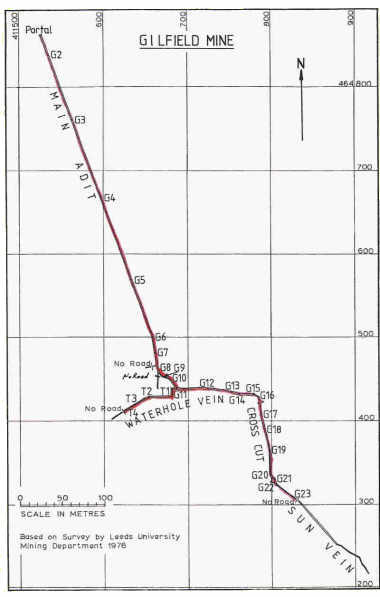 Water had also got down into Gillfield Level, causing a collapse. The ventilation of Gillfield Level had also been disrupted, stopping men from working there. Gillfield Level was ventilated by a Water Blast Shaft a short distance from the entrance. A watercourse from the entrance of Thornhill’s Level [or Jack Ass Level] to the top of the shaft had been blocked by stones. When working normally, the water fell down a pipe in the shaft and carried air with it. At the shaft foot, the water and air entered a box which allowed them to separate, with the air, slightly compressed by the weight of water, on top. This pressure forced air along pipes in the level to ventilate the forehead.

In the 1930’s Gillfield Level was re-opened by Bewerley Mines Ltd and some considerable Fluorspar stopes were made in the Waterhole and Sun Veins and a gravity plant was erected outside, close to the Cockhill Smelt Mill.

In the mid 1970’s Gillfield Level was leased by Leeds University’s Department of Mining and Mineral Engineering to provide a place where budding mining engineers could practice their underground surveying. The stopes were cleaned out of all loose rock and the mine made safe.

Extracted from British Mining No 60, The Greenhow Mines. Northern Mine Research Society 1998

With the decline of the British mining industry in the late 1990’s, the university finally closed down its Mining Department and surrendered the lease on the mine. As the mine was classified as a working mine it came under the auspices of the Mines & Quarries Act and the lessee has a duty to make the mine safe, and the best way of doing this is usually to use explosives to blow in the entrance.

Discussions between the Landowner and the Greenhow Local History Club in 2004 resulted in the club obtaining a lease to enable us to preserve the mine, which are the only underground workings accessible on Greenhow today. Work has been carried out to make the mine safe once more, currently we are working on West Level, marked “No Road” on the plan to the left of G8, and as shown below. 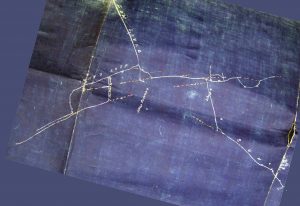 Newbould’s Plan of 1860 orientated with North at the top showing the Waterhole Vein (horizontal across the centre) and Sun Vein (centre to bottom right) and associated levels.

Top Level is on the middle of the 3 sections of the Waterhole Vein, but due to the hade of the vein in the upper workings, the base of the ladderway is roughly on the north vein horizon.

The West Level is blocked and inaccessible as are the workings to the east of the crosscut to Sun Vein. It is possible to get to the West level via the upper workings, but the sumps down are flooded.

Below are some photos of the mine, and the work we have done to preserve it.